Taking off starter to put freeze plug in 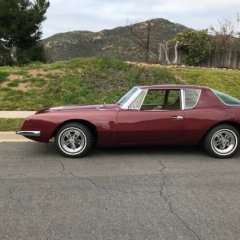